Well, guess what happened: despite all my initial fears, we ran the whole stinking thing.

I am in as much disbelief as you are, I am sure. But with Coach Sadie leading the way, Anne and I were both able to cross that Bridge and run the majority of the 6.2 miles – a personal accomplishment for both Anne and myself.

I don’t think I could have done it without Sadie. That crazy girl pushed us up the hill with her words of encouragement, down the bridge, and through to the finish line. (Even though we lost her while we tried to get bagels and fruit, we found her smiling halfway across Marion Square 20 minutes later. Sorry, Sadie!)

I now have no excuses and can’t wait to get going with the rest of my running career. This counts as a start, correct?

Here are a few pictures capturing our experience (starting with the 5:30 a.m. wake-up in our pre-race pageantry at my house): 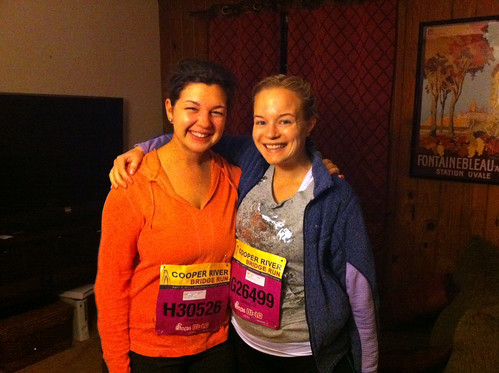 Jamey dropped us off several miles from the starting line, so we had a good walk through Mount Pleasant before we arrived at racepoint.  Still, it gave us a pretty spectacular view of Shem Creek at dawn. 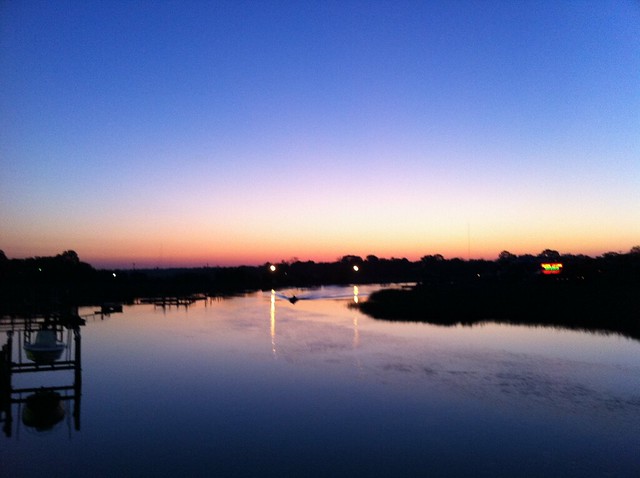 We eventually made our way to the starting line activity, where we waited and amused ourselves with selfie pics and other nonsense. 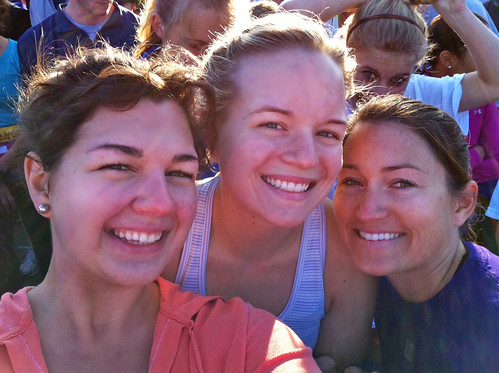 What followed was several more hours of standing around. It wasn’t too bad, since there was a lot to see and hear. (Anyone else care to tell the DJ chick what the difference is between “The Star Spangled Banner” and “America the Beautiful”?) 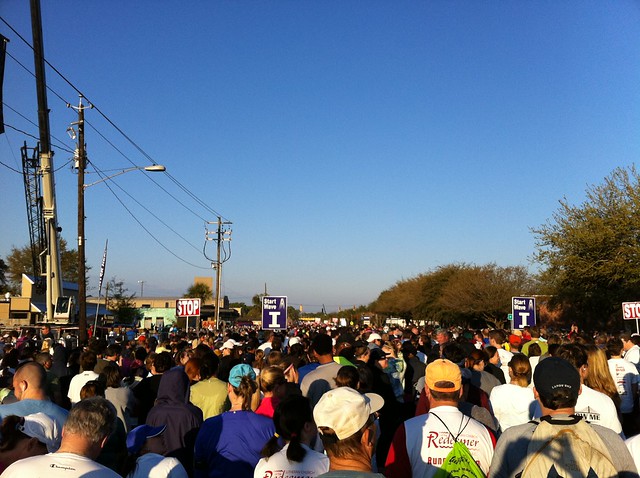 Couldn’t really see the starting line from where we started.

Word to the wise: use the port-a-potties early, and use them often if you’re farther back. You’re not even going to get near the starting line until a half hour later if you’re anywhere after a purple section. 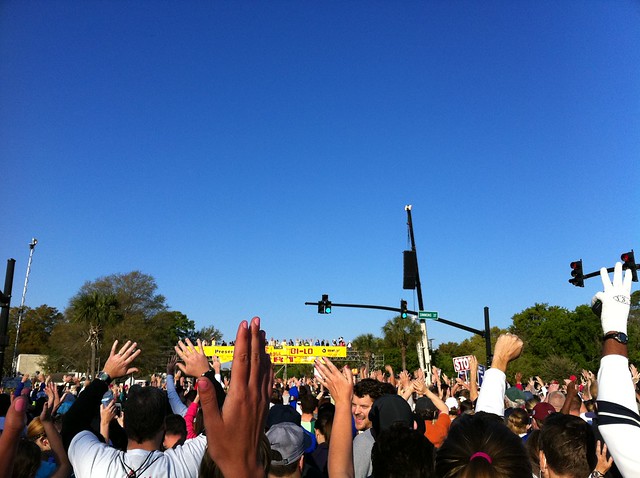 Hands up here we go!

It’s funny how “Tonight’s Gonna Be a Good Night” can suddenly become a good song in occasions such as this.

A couple miles later, we reached the center of the bridge before heading into downtown Charleston. It was, in a picture, a wordless experience: 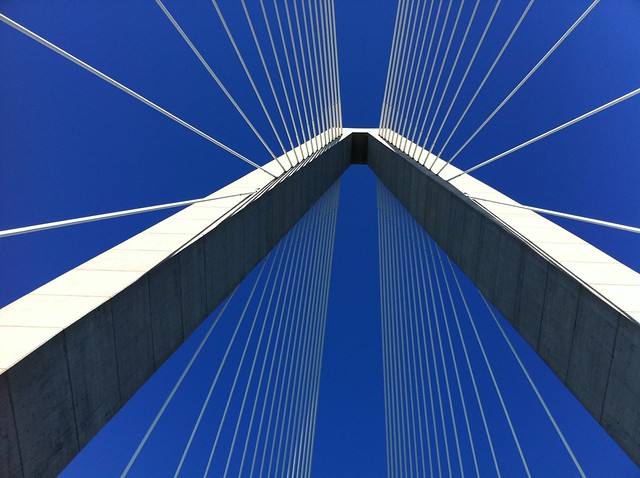 Looking up at the Bridge’s center.

I’m thrilled to say that I ran this baby. Post-race, we treated ourselves to showers, a winery tasting, plenty of Firefly and lemonade, and a night out on the town with still an early enough bedtime.