Since we’ve been neglecting you, dear readers, let’s do a quick recap of this weekend:

Friday evening, Scott and Lori joined us for dinner and game night. The game part resulted in only one round of Pictionary, which it turns out Jamey does not like! Mostly, I just find this amusing because there are a few select games to which I am not partial. I have played a few of these games with him before, so he knows which ones I really do not enjoy. (No need to go into detail here what those games are…but give Jamey a few minutes of your time and I’m sure he’ll be happy to reenact my displeasure. He for some reason gets sick amusement from this, probably because he just thinks I’m ridiculous.) Therefore, learning that he has a few games that can equally wind him is fairly amusing, notably something as silly as Pictionary.

Saturday night, we were all-American and headed to the Charleston RiverDogs game with a good little group. There’s really no bad seat in the house, but I have to admit we had a pretty sweet view: 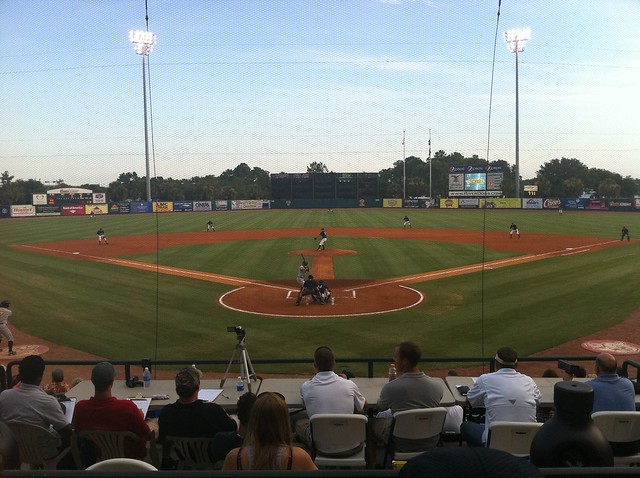 We might have gone off our little diet that we’ve been quite successful at for the past week, but that was because we had to try this: 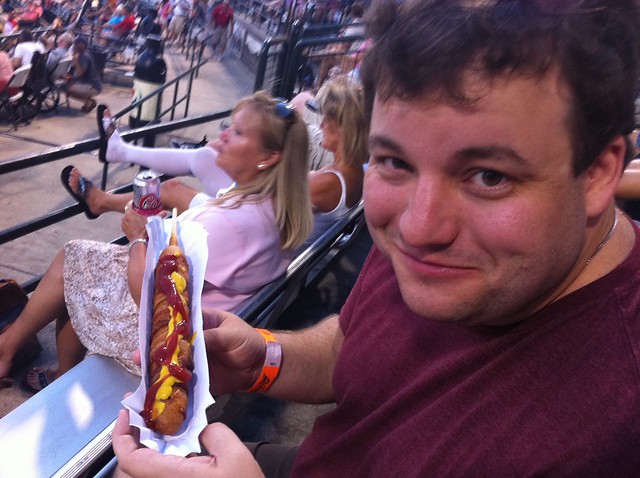 This, friends, is what you call a pig on a stick.

Apparently, it was on Man v. Food or something. 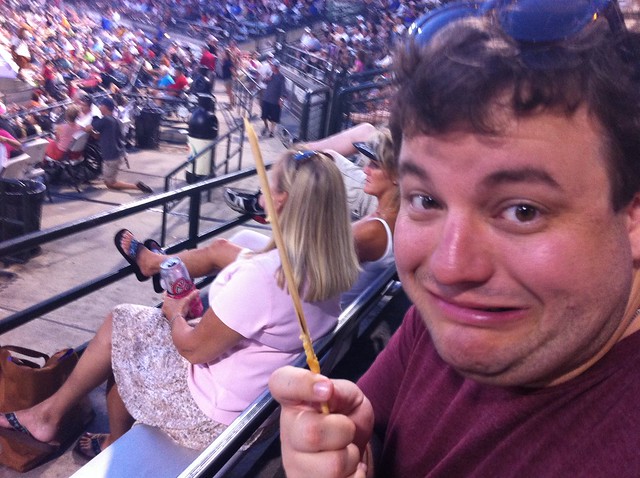 The RiverDogs stadium is located on a gorgeous spot right next to the Ashley River, and I was completely taken aback by its incredible wrap-around view: 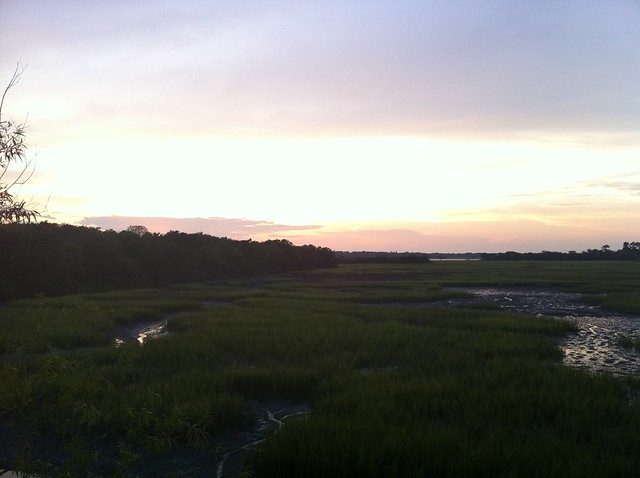 Getting the pig on the stick was definitely worth it just for this sight.

Really, we were surprised at how much fun we had at the little neighborhood game. It felt almost like a carnival that happened to have a baseball game going on at the same time, Jamey noted.

We spent part of today beach side, which made me finally realize that I need a beach chair. Sitting up on a towel trying to read isn’t going to cut it anymore, but since we don’t go to the beach nearly as often as we remember to, getting a chair is never high on my shopping list.

Still, I found this glorious thing on Target.com. Can we talk about how this is every beach reader’s dream? 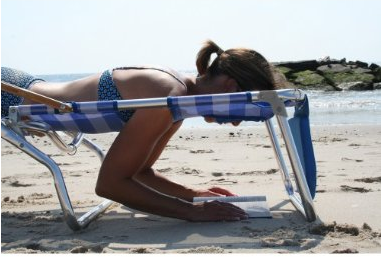 This thing has hole cut-outs for your face AND arms! Read on the beach lying down, and you’ll never have awkward adjustment issues ever again!

Jamey thinks I’m crazy, but really, I think it might be worth it. You have no idea I have lied face-down in a lounger thinking that someone needs to invent one of these. Too bad it’s $89.00…

That’s a wrap on our activity. We have been doing interesting things, so look for later this week when I finally blog about them. Posts are coming!

I’m off to go finish the scallops, couscous, and tomato salad dinner we’re preparing for tonight, because now all I really want is a pig on a stick. Back to the healthy meals we go.