After the hurricane throwdown Friday night, Jamey and I packed up the car Saturday morning to hit the road for the Highlands for Mary and Cameron’s wedding.

It all started off well. The car was packed, we got on road at a good time, and we had enough newly Pandora playlists for a bad singalong. Of course, all came crashing briefly to a halt when this happened: 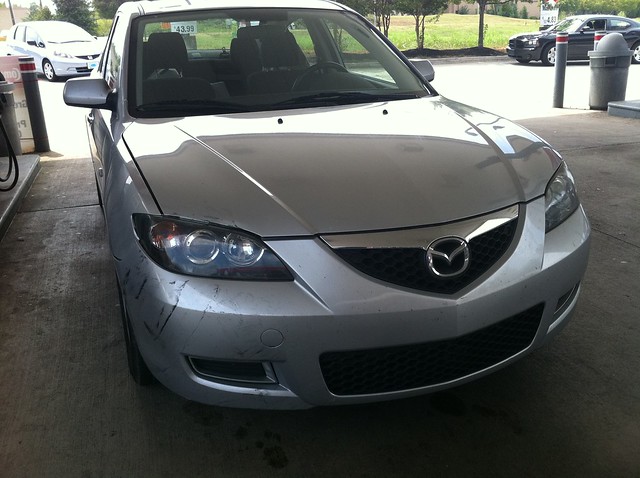 A car ahead of us on the interstate ran clear into a tire in the middle of the road, which flew up in front of the car ahead of ours. Jamey did his best to dodge around the flying obstacle, but it nicked the front right bumped and a bit of the hood to leave us with a nice little bit of damage. (Jamey has already challenged the tire to another go since he thinks he can get around it the next time, but I would prefer to just let the tire win this one and be done.) We pulled over at the next exit with the two cars in front of us, and the woman ahead had been badly hit with her whole front grill completely ripped up.

It was of course a frightening experience and also a bust to our car-driving egos. Still, I am grateful it didn’t come through the windshield like it very likely could have. We did what anyone else could have done: we continued on to North Carolina.

(There was a spell that Jamey might recount for you later when I navigated him through Clemson. But that would be his story to tell.)

Arriving in the Highlands was a refreshing change to the hot summer humidity of Charleston. We checked in, threw on our party clothes and headed on to the wedding festivities.

I get sappy at weddings, and witnessing Cameron and Mary get married was a magical experience. I am so happy to see them in love and starting their lives together, which of course makes me all the more excited for our own wedding.

But! On to the wedding festivities! 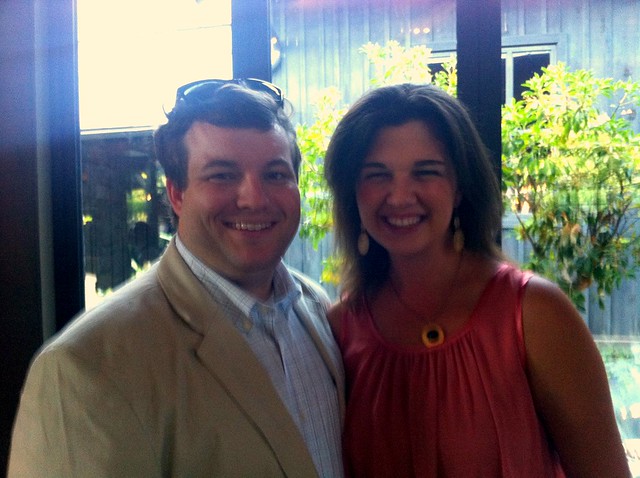 All spiffed up and ready to mingle!

We danced, we ate, we drank, and we celebrated the marriage of our friends with new and old acquaintances.

Leaving the Highlands the next day, we took a longer way out to avoid a certain college town and passed down through upstate South Carolina. Now, the upstate is an area with which I was last familiarized when my lovely Hayes 301 roommate Anna and I drove to Charlotte: 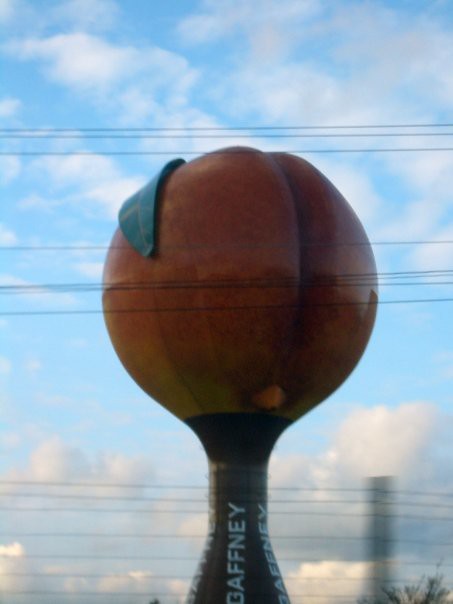 Only in Gaffney, SC

Now, some people  might associate this peach with a certain something. I am not one to say what or which or if anything at all, but Anna had an idea that she found quite hysterical. Therefore, when we stopped off a roadside gas station I suppose I shouldn’t have been surprised to see this: 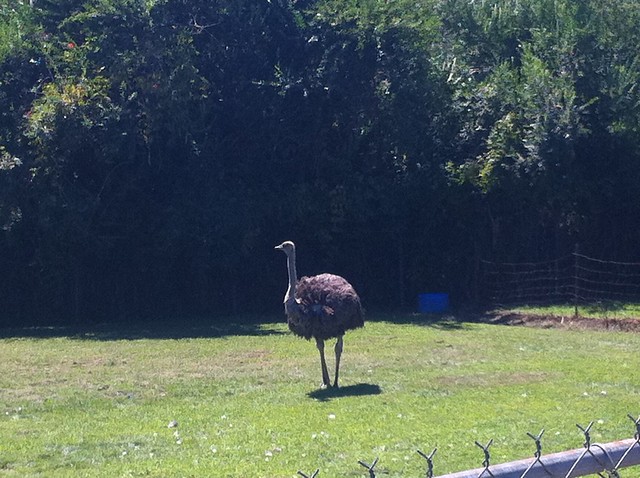 There was also an emu named Polly.

Yes, that is indeed an ostrich in the backyard of a gas station. We then walked into said gas station – I in my strapless sundress and Jamey in his button-down shirt and knockoff Wayfarers – and could only laugh at ourselves, since clearly we were the ostriches from the suburbs. It was no surprise that the porch filled with rocking chairs and smiling faces, peoples quite content with their warm, mountain South Carolina Sunday plans.

One thought on “To the Highlands and back again”